…from acute or chronic pain every year and it is the leading reason for those seeking medical care. Mild to moderate musculoskeletal injuries—sprains, strains, contusions, repetitive use, and minor trauma—are the most common acute causes of pain. Therapeutic options are typically limited to over-the-counter (OTC) medications, such as nonsteroidal anti-inflammatory medications (also known as NSAIDs), counter irritants, and prescription strength drugs such as higher dose NSAIDs and, to a lesser extent, muscle relaxants and opioids.

NSAID medications are the most widely used treatment for pain and inflammation in the US. It is estimated that every day, more than 30 million Americans use NSAIDs for pain from headaches, arthritis, and other conditions. These drugs work by interrupting the inflammatory cascade and prostaglandin synthesis resulting in decreased pain and tissue inflammation. However, as effective as these drugs are, they are associated with many drug interactions and adverse effects. In 2005, the FDA put a black box warning on all NSAIDs discussing cardiovascular and gastrointestinal (GI) risks.

A meta-analysis, published in May 2013 in The Lancet, included more than 600 clinical trials that evaluated about 353,000 patients. Researchers wanted to provide more reliable estimates of the effect that NSAIDs have on vascular and coronary events such as heart attacks, strokes, and death as well as on GI complications including perforations, obstructions, or bleeding.

All of the NSAIDs studied, including naproxen, roughly doubled the risk of being hospitalized because of congestive heart failure. All NSAIDs were linked with a 2- to 4-fold increased risk of GI complications, primarily bleeding. The lowest risk was associated with using COX-2 inhibitors. The high incidence of GI bleeding resulted in the addition of gastroprotective medications, such as omeprazole, to many NSAID treatment regimens. This common strategy increases both the cost of treatment and the potential for further drug interactions and adverse effects associated with the added medication.

The overall results mean that, compared with placebo, about 3 excess major vascular events, including 1 death, could be expected annually per 1000 patients taking high-dose diclofenac or a COX-2 inhibitor. But for every 1000 patients at high risk of major vascular events, taking a COX-2 inhibitor or high-dose diclofenac would result in an additional 7 or 8 of those events occurring, with approximately 2 fatalities.

A meta-analysis published in the British Medical Journal in January 2011 noted NSAIDs have been linked to about 30% of drug-related hospital admissions, and it estimated that 12,000 to 16,000 Americans die annually as a result of GI bleeding caused by NSAIDs.

Other than NSAIDs, counter irritants are the mainstay of OTC treatment of muscle injury and pain. Counter irritants, including preparations containing camphor, mint oil, capsaicin, or menthol, cause irritation or mild inflammation of the skin at the site of application producing a temporary paradoxical pain-relieving effect that masks pain in muscles, joints, and other tissues distal to the site of application. These compounds do not treat the underlying muscle injury and inflammation. Potential adverse effects include local skin reactions, such as redness, rash, burning, and stinging. Serious injuries such as first- to third-degree chemical burns associated with products containing menthol, methyl salicylate, and capsaicin have been reported frequently enough for the FDA to issue a drug safety communication to consumers and healthcare professionals.

What is needed is a safer and effective alternative for initial treatment of mild to moderate musculoskeletal injuries. A recently introduced product may be a candidate for the job.

Gensco Laboratories, an innovative pharmaceutical company specializing in novel topical medications, has added SpeedGel Rx to the list of prescription alternatives for both patients and retail pharmacies. This prescription product is a combination of several natural ingredients in a patented transdermal base. Gensco states that this medication will reduce inflammation, bruising, and associated pain. Company supplied study data supports this assertion but more importantly, patients have consistently reported positive outcomes. The company reports that larger trials are underway evaluating SpeedGel Rx efficacy in more chronic conditions, such as osteoarthritis. Since this product is topical, it can be applied directly to the site of injury for local effects and, because it does not contain NSAIDs, aspirin, or APAP, there is a much lessened incidence of adverse drug effects. These features, along with the positive patient experiences, make SpeedGel Rx a suitable consideration as a first step in the treatment of musculoskeletal pain especially in those patient populations at risk for ADRs from NSAIDs as well the comorbidities associated with anticoagulation drugs and GI distress. 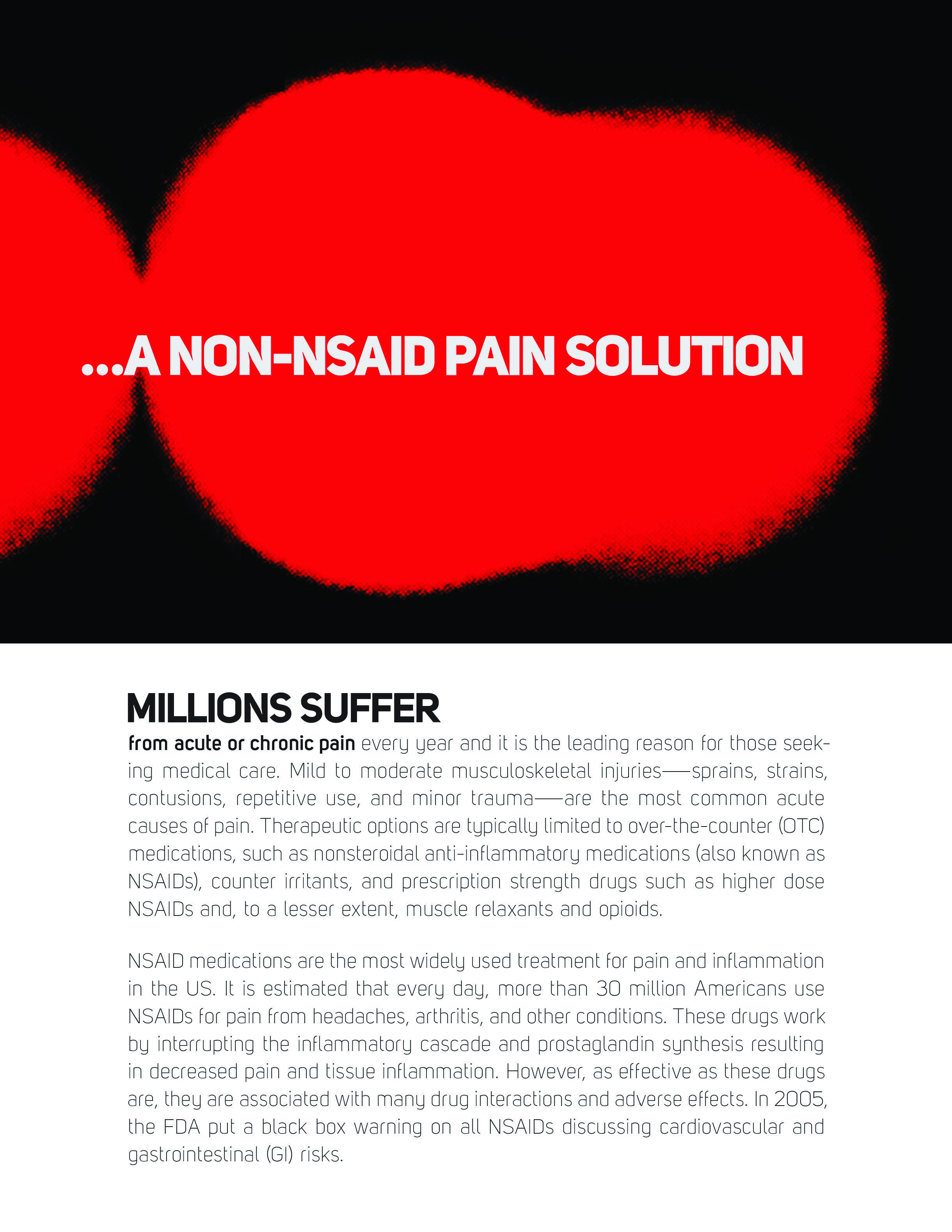